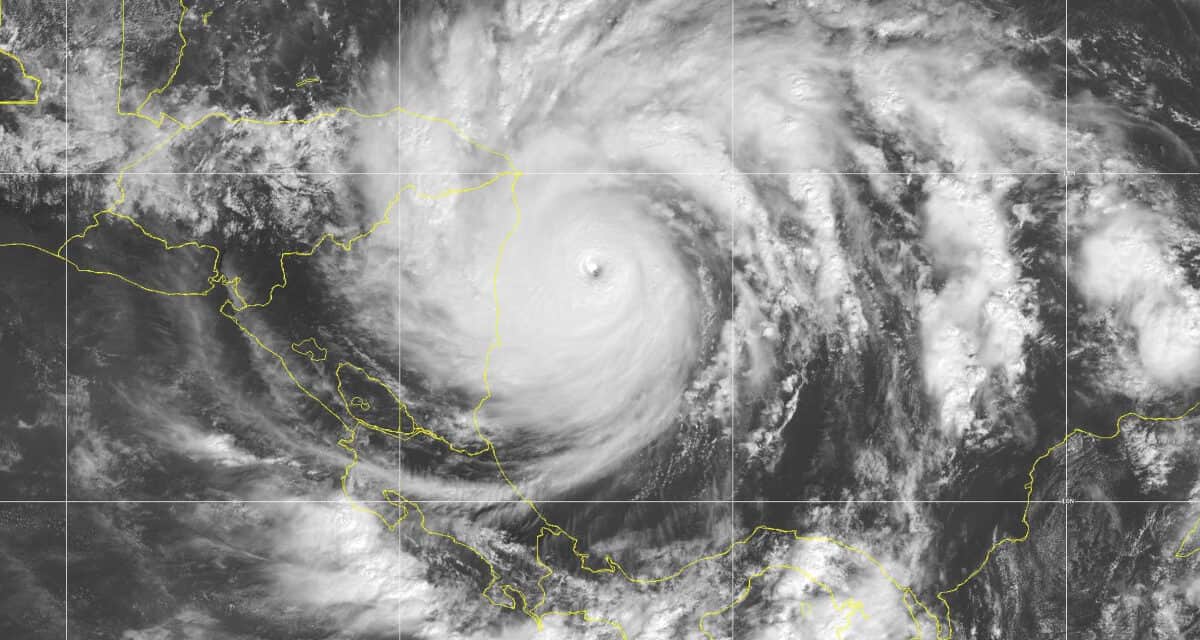 Hurricane Iota Rapidly Intensified Overnight and is Now an Extremely Dangerous Category 5 Hurricane with 160 MPH Wind and 195 MPH Gusts. Further Strengthening expected before landfall this evening to 165 MPH and 200 MPH Gusts. The Storm Surge Estimate has increased to 15 to 20 feet.

Iota is a category 5 hurricane, the latest category 5 on record for the Atlantic basin. ~ NHC Forecaster Blake

Nov. 15, 10:00 PM: The Caribbean tropical wave watched by the National Hurricane Center over the last week organized into a tropical cyclone on November 13 and intensified into Hurricane Iota, the 30th named storm and thirteenth hurricane of the 2020 Atlantic Hurricane season. Iota is named from the ninth letter of the Greek alphabet. Iota is currently a hurricane with 110 MPH winds and 125 MPH gusts located approximately 100 miles northeast of the San Andres Islands. When Iota reaches category 3, it will become the sixth major hurricane of 2020.

Heavy rains as the cyclone moved east brought flash flooding and mudslides to the Caribbean and to Columbia. The death toll stands at three and at least eight people are missing.

Large portions of Honduras are without power following Hurricane Eta. Hurricane Iota will add to the damage in Nicaragua and Honduras. It may be months before the power grid is repaired.

A hurricane watch and tropical storm warning is in effect for the islands. Nicaragua and Honduras have issued Hurricane Warnings. Nicaragua will begin to Tropical Storm conditions by 7:00 AM EST on Monday.

Iota will intensify over the next 24 hours and reach Nicaragua as an extremely dangerous category 4 hurricane. Catastrophic winds and storm surge are expected along the coast where the eye comes ashore. Currently, hurricane force winds extend up to 40 miles north and south of the storm center, with tropical force winds covering an area up to 200 miles wide.

The storm should pass just north of Providencia, a small island in the Columbian Archipelago of San Andres, where hurricane warning are in effect and currently experiencing tropical storm conditions. Storm impacts to the island include a dangerous storm surge.

Know Your Hurricane Risks and Make a Plan

Over the next four to five days, heavy rain from Iota will lead to flash flooding and river flooding Central America. Hurricane Eta last week left the region saturated with water. Mudslides and flooding in Nicaragua and Honduras could lead to potentially catastrophic impacts as Iota adds additional rain to areas not yet recovered from the previous hurricane.

Hurricane Iota will weaken after landfall, cross into Honduras as a tropical storm, and reach El Salvador as a post-tropical depression late Wednesday or Early Friday. Once over the Pacific Ocean, it could reform into a new Tropical Cyclone.

Today is your last guaranteed day to prepare for #Hurricane #Iota since tropical-storm conditions are likely to start by Monday morning on the coasts of Honduras and Nicaragua. This is an extremely dangerous situation with Iota expected to be category 4 at landfall! pic.twitter.com/AdEgFwk9GG

#Honduras may be in need of humanitarian relief more than any other location on the planet after Hurricane Eta last week & now, unbelievably the National Hurricane Center is predicting a Category 3 Hurricane Iota to strike Monday in the same spot! A lot of help & prayers needed. pic.twitter.com/KiWJsEltvW

Storm Surge is a mound of water pushed ahead of the hurricane, typically to the northeast of the eye. A strong hurricane like Iota brings a surge of water ahead as it nears the coast. The water rises fast and can inunudate any land close to sea level.

The storm surge for Hurricane Iota could reach 15 feet above ground level with large waves adding to the catastrophic damage. Storm surge is life-threatening hazard and combined with associated flooding, is responsible for more deaths than all other hurricane hazards combined. 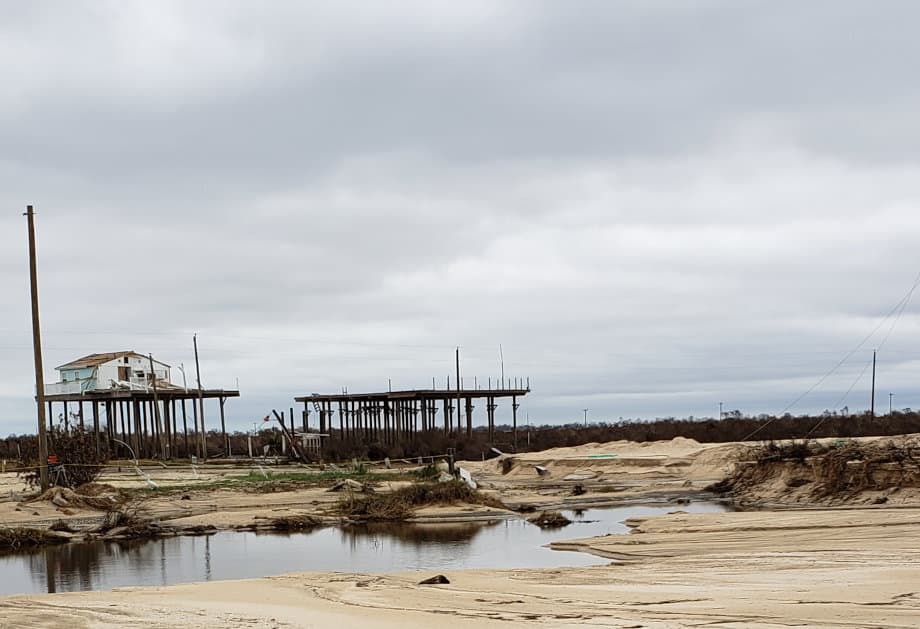 Evidence of a 17-foot storm surge during Hurricane Laura on the Louisiana Coast. The empty platform previously held a house that was swept away by the fast-moving surge of water and waves.

Central America does not need another hurricane this year, or even a tropical storm. The season is not over. Two weeks remain before the official season end on November 30.  However, nothing about the 2020 season has been typical, with one storm after another setting new records for storm generation. The La Nina in the eastern Pacific Ocean is still driving tropical weather in the Atlantic Basin. So far, the number of named storms is more than double initial estimates made in December of 2019.

It would not be unreasonable to expect at least one more tropical cyclone before year end.

#Hurricane #Iota is expected to become an extremely dangerous category 4 hurricane tomorrow and make landfall in NE Nicaragua or E Honduras. Preparations to protect life and property should be rushed to completion in the Hurricane Warning areas. More: https://t.co/tW4KeFW0gB pic.twitter.com/mK7SpNo0IF

How to Use a Portable Backup Generator for Emergency Power 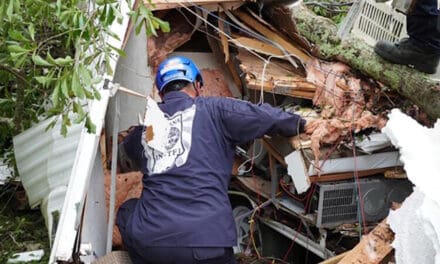 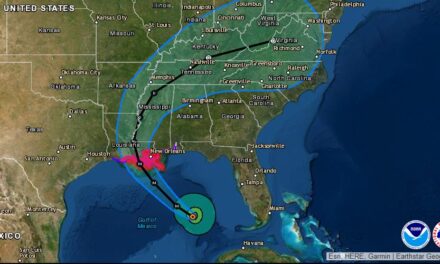 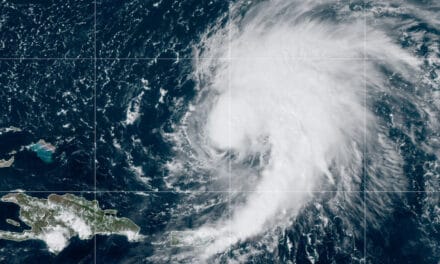 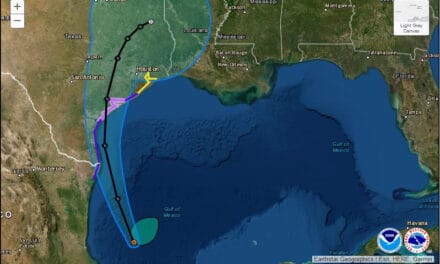