Hurricane Larry would cover the southeast from Tennessee to the Gulf of Mexico and to North Carolina through Florida. NOAA Satellite Image on September 8, 2021.

September 8, 2021: Hurricane Larry is a large, powerful hurricane located over the central Atlantic. It developed into Depression 12 on August 31 from a tropical wave that emerged from the coast of Africa. Larry continued to organize and grow and by September 1 became the twelfth named storm of the 2021 Atlantic Hurricane Season as Tropical Storm Larry. The storm moved west by northwest for the next twenty-four hours and gained strength. By early morning on September 2, the National Hurricane Center upgraded Larry to a hurricane.

Larry continued to strengthen and was forecast to become a major hurricane as it turned more to the northwest on September 3. The islands of Bermuda appeared directly on its path or within the cone of probability. Large, dangerous swells and rip currents are forecast to affect the Caribbean from the Lesser Antilles through the Bahamas, the East Coast, and Bermuda.

Best Portable Generator for Home Use

The hurricane reached its maximum intensity late in the afternoon on September 4 at 130 MPH, a Category 3 major hurricane. It’s large size remains a concern as it continues to turn northwest by north.

Late Friday, September 10, Larry will probably make landfall at, or brush by, Newfoundland while it transitions from a hurricane to a post-tropical hurricane. The risk of high winds, rainfall, and storm surge will grow over the next 48 hours. Residents in Newfoundland should monitor the storm and heed the advice from local officials. Widespread power outages are expected.

Tropical storm warnings Issued for portions of the Florida Panhandle as Tropical Storm Mindy approaches the coast. Mindy formed just offshore and is expected to pass over Florida and Georgiatonight and tomorrow morning and emerge over the Atlantic on Thursday. NHC Graphic Image.

Tropical Storm Minday will reach Florida this evening and the National Hurricane Center has issued Tropical Storm Warnings for the Florida Gulf Coast. Mindy is the thirteenth named storm of the 2021 Atlantic Hurricane Season is Mindy. There are eight more names on the list for 2021 and more than two and a half months left in the season.

Mindy will pass across the panhandle and Georgia tonight and emerge over the Atlantic on Thursday. Warm ocean waters over the Atlantic will give it a small chance for further development as it moves east away from the coast as a tropical depression.

Mindy has maximum sustained winds of 40 MPH. It is moving northeast at 21 MPH.

Another disturbance is moving over the Western Gulf of Mexico. At this time, it has a low chance of development, but that could change early next week.

Near the coast of Africa and the Cabo Verde Islands, another area of interest has a low chance for development over the next few days and the weekend. Once the system moves off the coast, the forecast may change for this area with little wind shear and high Sea Surface Temperatures (SSTs).

Tropical Storm #Mindy has formed in the northeastern Gulf of Mexico - the 13th named storm of the 2021 Atlantic #hurricane season to date. The average (1991-2020) date for the 13th Atlantic named storm formation is 24 October. pic.twitter.com/REO4x50XlY

How to Prepare for a Hurricane Power Outage

Tropical Storm Mindy formed on Wednesday just off the Florida Coast and was included in the 4:00 PM NHC Advisory. Mindy will cross Florida and Georgia tonight as a Tropical Depression and go east away from the coast once over the Atlantic. NHC Graphic. 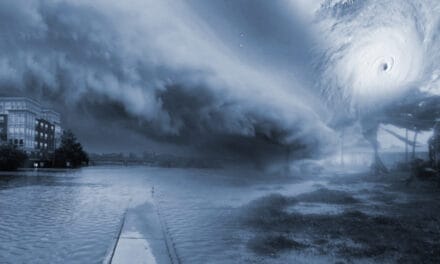 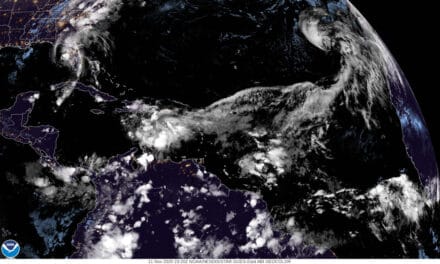 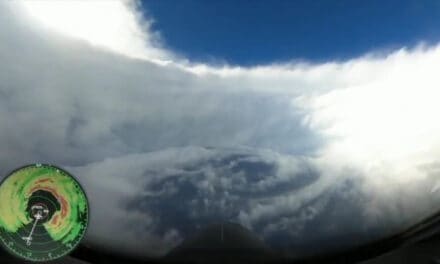