Atlantic Hurricane Season is Just Three Weeks Away – Are You Ready?

Are You Ready for Hurricane Season?

The Atlantic Hurricane Season begins on June 1 and is far more likely to affect the United States than the Pacific Season. The NHC keeps the Atlantic Graphical Tropical Weather Outlook page on their website updated with storm tracks and weather systems that have even a slight chance of becoming a tropical cyclone.

The Eastern Pacific Hurricane Season begins this week on May 15th. The National Hurricane Center has already tracked one storm that could have escalated into a tropical cyclone as it headed straight for Mexico. Fortunately, it only brought heavy rains to affected areas, but it had a 50 percent chance of becoming a cyclone before it made landfall.

The Atlantic Hurricane Season begins on June 1 and ends on November 30. Although tropical cyclones are possible during any month of the year, the official season marks a period when damaging storms are more likely to occur than during other times.

Long term forecasts give an overview of what forecasters expect for any given storm season and often do not accurately reflect the actual activity. In 2013, forecasters predicted an above average Atlantic Hurricane Season, but it turned out to be one of the least active seasons on record. The long term forecast for 2014 by University of Colorado researchers indicates a below average season, but only time will reveal the accuracy of that prediction.

The NHC will once again host Hurricane Preparedness Week to raise awareness and prepare coastal residents of coastal states for the upcoming season. This year the week runs from May 25 until May 31, with each day highlighting a different aspect of tropical cyclone understanding and how to prepare.

Hurricanes can cause enormous damage to large areas that encompass entire states. Advance preparation before the season arrives helps to ensure that local governments, businesses, and residents are ready for storms that may threaten their areas.

In some cases, only a few days of advance notice is possible as illustrated by Tropical Storm Debbie in 2012.

Tropical Storm Debbie formed out of a depression in the Gulf of Mexico on June 23rd and hit Florida on the 26th. Forecasters expected Debbie to head for Texas or Louisiana, but instead it tracked east. Debbie reached peak intensity with 65-MPH winds despite conditions that discouraged development. In other conditions, Debbie could have been a hurricane when it made landfall instead of a weakening tropical storm.

Even though Debbie continued to weaken as it made landfall, it dumped nearly 30 inches of rain in some places, flooded hundreds of homes, caused widespread power outages, and killed 10 people. State and Interstate Highways were closed due to flooding in Northern Florida with some roads under more than five feet of water. Tornadoes spawned by the storm wreaked additional havoc on buildings and infrastructure.

Prepare your home in advance for a hurricane or tropical storm. Determine the amount of plywood you will need to board up your windows and doors and purchase it in advance along with plenty of fasteners to hold the plywood in place. If you have a basement, you probably have a sump pump to help keep it dry. A backup pump can be well worth the money when it prevents your home from flooding.

Don’t forget about an emergency supply of electricity to run your pump, refrigerator, and furnace or air conditioner. A standby generator is your best option because it can run on natural gas from the municipal supply, or propane from your home storage tank. Standby units take time to purchase and install, so don’t wait until a storm threatens. Portable generators are also good options, but they require a steady diet of gasoline—often a hard to find commodity after a devastating storm.

Be prepared for hurricane season and watch for the upcoming blog posts during National Hurricane Preparedness Week. 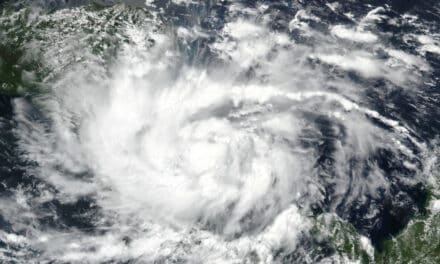