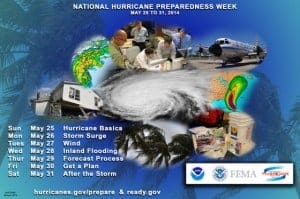 Few things in nature can match the power, breadth, and scope of a major hurricane. They can span more than a thousand miles, dump rainfall that measures in feet instead of inches, spawn tornadoes, flood miles of countryside, and wash shorelines and small islands into the ocean.

Hurricanes are the ultimate cyclonic storm and it is important to understand how they threaten life and property, and how to prepare your family, home and business when forecasters predict a hurricane will make landfall on a coastline near you.

The week of May 25 – May 31 is National Hurricane Preparedness Week. Are you prepared? 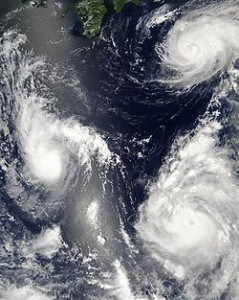 Low pressure systems over the Atlantic Ocean, Caribbean Sea, or Gulf of Mexico increase in strength and organization. In order of strength, they form tropical depressions, tropical storms, hurricanes, and major hurricanes. They are cyclonic, which means they are rotating masses of air with an upward motion. When a weather system reaches tropical storm strength, the National Hurricane Center gives the storm a name.

Warm water evaporates and the vapor rises until it meets cooler air. The vapor condenses back into water droplets, and as each droplet releases a tiny amount of energy as it turns from a gas back into liquid. That tiny amount of energy pushes on the air and makes it move slightly. By itself, the energy of a single droplet is barely measurable, but combined with the uncountable other droplets doing the same thing, they can move the air at a considerable rate.

The difference in energy between the low pressure at the center of the forming storm and the energy released by the water droplets causes the air to move in a circle around the low pressure center. More water vapor is drawn into the system from the surrounding ocean water and rises to the top to add energy to the storm.

In a sense, the storm feeds on the energy in the warm ocean water.

All tropical cyclones are capable of causing death or injury and property damage. A tropical depression—often a precursor to tropical cyclone formation—has sustained winds up to 38 MPH with gusts capable of snapping trees and heavy rainfall that causes inland flooding.

Extreme wind can shred buildings, topple large trees, and kill or maim people with deadly debris that flies with the wind. Despite media broadcasts that show reporters leaning into the wind and horizontal rain, wind isn’t the greatest worry, but it does help form the second most immediate hazard of a tropical cyclone.

The high winds and low pressure cause two mounds of water to form just ahead of the storm center. When the storm makes landfall, the mounds of water surge onto land and up waterways. The Storm Surge is the second most deadly hazard, second only to Inland Flooding.

Inland flooding is responsible for more property damage and takes more lives than storm surge and extreme winds combined. Torrential rains fall over a relatively short period of time and overwhelm natural and man-made drainages, filling low-lying areas and causing flash floods along waterways and many areas that are normally well above water.

The most important preparation is access to information. An NOAA Weather Radio can provide official information automatically and should be a part of every family’s disaster plan.

Prepare in advance to evacuate if necessary by knowing evacuation routes and having an emergency kit ready in the event an evacuation is necessary. The safest course of action for anyone living on or near the coast when a hurricane threatens is to leave well in advance of the storm.

Food, water, and fuel may be difficult to purchase in the days following a hurricane. Non-perishable foods supplies and enough drinking water for a week will make survival easier in the aftermath of a storm and lessen your dependence on outside sources.

Widespread power outages following a hurricane may last weeks. A source of emergency electricity such as a standby generator can keep refrigerators and freezers running, provide heating or air conditioning, and keep home safety appliances like sump pumps operating during and after the storm. Just as importantly, your emergency supply of electricity keeps you in touch by powering televisions, radios, and charging cell phones. 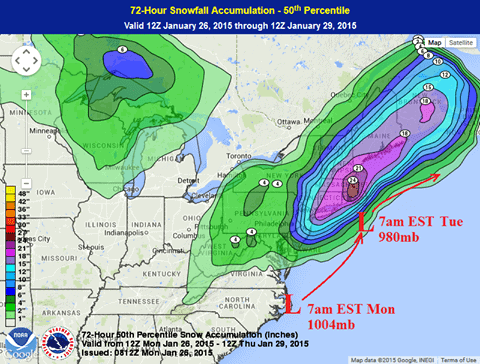 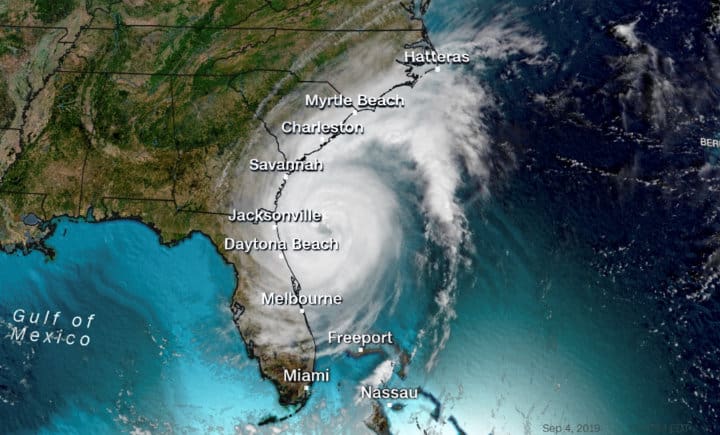 Hurricanes and Storms: 5 Tropical Systems Active in the Atlantic Basin