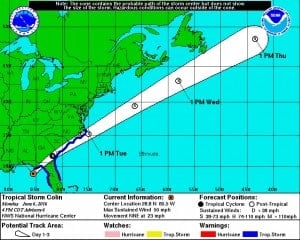 The Projected Path of Tropical Storm Colin belied the actual swath. Much of the storm’s impact was well south and east of the center as indicated by the blue Tropical Storm Warning Outline.

Tropical Storm Colin began as a low pressure system that formed in the western Caribbean Sea, moved over the Yucatan Peninsula to the Gulf of Mexico where it took aim on Florida and rapidly grew into a moderate strength tropical storm.

Are you ready for the 2016 Atlantic Hurricane Season?

Florida residents were beginning to feel the impact late Friday afternoon in the form of rain and wind as the storm approached the Big Bend area. With heavy rain and winds of the storm well to the south and east of the center, tropical storm conditions were expected across most of Central Florida. Colin made landfall about two AM on Tuesday morning with 50 MPH winds and torrential downpours, and a storm surge of one to three feet that left normally dry areas flooded. 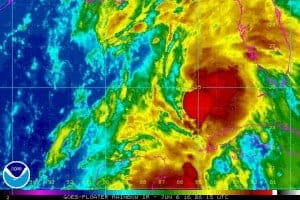 Strong Winds and Rain are shown well east of the Colin’s Center the day before it made landfall much further north.

Though tropical storms are not as strong as hurricanes, they can still have devastating effects. After ten inches of rain in just a few hours, a trailer park community was evacuated when four-foot-deep flooding occurred and left residents scrambling to leave. Coastal roadways were flooded by the storm surge and torrential rains.

Governor Rick Scott declared a state of emergency in half of Florida’s counties as schools closed early and residents filled sandbags. Schedule events were canceled or postponed.

Most of Florida felt some impact from the Keys all the way to Jacksonville and Pensacola. Coastal areas of Georgia and the Carolinas were expected to received up to six inches of rain as the fast moving storm passed by and into the Atlantic. Colin has transitioned to a post-tropical rainstorm and continues to drop rain along the coast. 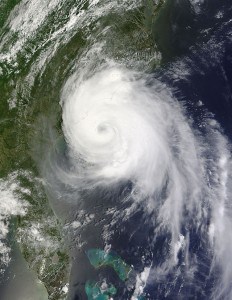 Hurricane Arthur over the Outer Banks of North Carolina.

While Colin heads up the East Coast and drops 4 to 6 inches of rain in it’s wake, it’s a good reminder that the Atlantic Hurricane Season has just begun. As the Pacific Oscillation swings from El Nino to La Nina, the chance for hurricanes and tropical storms anywhere in the Atlantic Basin increases dramatically. After several years of low activity, those living along the East Coast, Gulf of Mexico, or Caribbean Sea should prepare for more storms. 2016 began with Hurricane Alex in January and TS Colin was the third named storm of the year.

Colin left coastal and inland flooding in its wake. Residents were evacuated and property was damaged. Power outages materialized as expected. The final damage estimates won’t be known for some time, but preparing now can help alleviate or prevent damage from future storms. 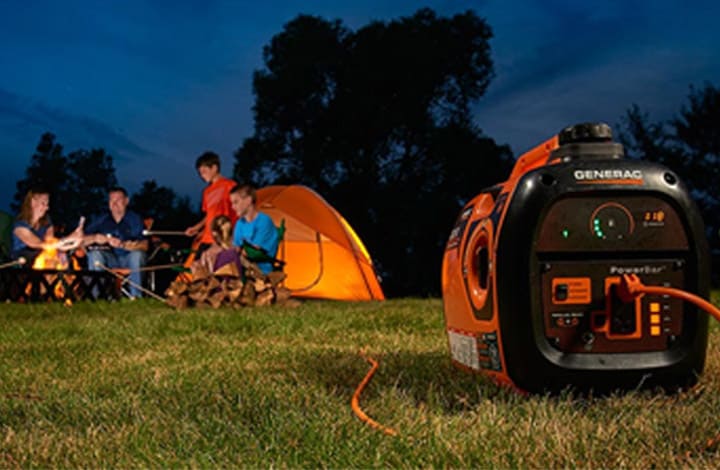 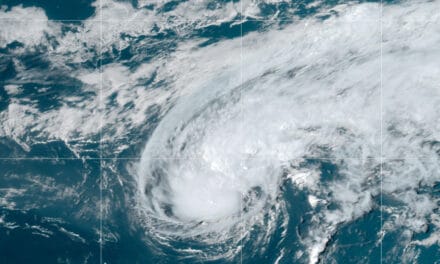