Mention hurricane and the first thing people think of is the extreme wind that impacts structures and landscapes when the storm comes ashore. Television images depict reporters leaning into the wind and horizontal rain.

The winds associated with a tropical cyclone can shred structures, uproot or snap trees, and turn just about anything into a deadly missile. Coast dwellers typically board up their windows and doors when a hurricane threatens in order to keep the glass intact and keep the rain out.

The high winds, the debris they carry, and the trees they topple are all closely related to the widespread power outages as distribution systems are damaged and in some cases, destroyed. 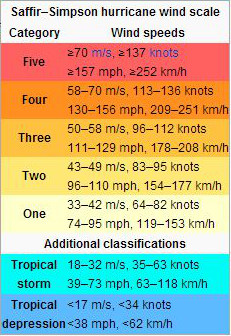 Tropical cyclones are graded by intensity using the Saffir-Simpson scale which has three classifications: Tropical Depression, Tropical Storm, and Hurricane.

All three storms are cyclones, but the hurricane is the most organized and the strongest of the three. Hurricanes are categorized on a scale of 1 to 5, with five being the most intense. The Saffir-Simpson Scale excludes information about locations, barometric pressure, storm surge and inland flooding, all which effect the amount of damage the storm is capable of.

Less known are the tornadoes that a hurricane can spawn after it makes landfall. As the tropical cyclone begins to decay, the low pressure and difference in wind speed between the upper and lower levels in the atmosphere make conditions ripe for tornado formation. This also makes it likely that tornadoes may form far inland from the coast, and before the eye reaches land. Most tropical-cyclone related tornadoes form 50 to 200 miles from the eye, but some storms have had tornadoes within the eye or the eye wall.

Tropical-cyclone tornadoes may form out of small storm cells that appear harmless on radar, especially if they are far away from the radar equipment.

Nearly all tropical cyclones that make landfall cause at least one tornado to form, but the number is often much higher. Hurricane Ivan spawned at least 117 tornadoes which by themselves caused eight deaths and 17 injuries. Tornadoes formed when a tropical cyclone comes ashore are typically weaker and shorter lived, but they are still a force to be reckoned with and planned for and inland residents should take precautionary measures to keep themselves safe.

If you live near the coast, invest in a supply of plywood for boarding up your house. It’s a good idea to cut and label plywood for each window and door in the home. Have sufficient fasteners on hand and a battery powered drill to drive screws with. Screws hold better than nails and should be long enough to reach well into the home’s structural frame.

Visit Ready.gov for information on preparing an emergency disaster kit and formulating a plan to help your family safely survive a tropical-cyclone-related disaster.

Choose a shelter room away from exterior walls, preferably at ground level and without windows. Ideally, the room should not be open to other rooms and have wooden doors. The shelter room will help protect you and your family from flying debris and shattered window glass.

Stay indoors, in your shelter room, and don’t go outside. Stay away from windows. 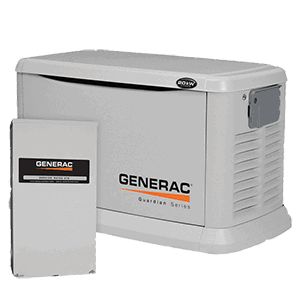 Tropical storm and hurricane force winds can damage the utility lines and equipment directly, while flying debris slices through transmission and distribution lines and wrecks transformers and substations.

Power outages during and after a hurricane or tropical storm are very common and usually widespread. They often affect millions of utility customers and many residents will wait a full week after the storm for the utility to restore power. Some will wait much longer.

Emergency power supplied by a standby generator will turn on automatically and continue to run for an extended period of time without frequent refueling. Standby systems use municipal natural gas supplies or may run on propane supplied by the home’s tank. If a standby system is impractical, portable generators can operate appliances via extension cords. A manual transfer switch and inlet box allows a portable generator to power furnaces, air conditioners, and other permanently wired appliances. 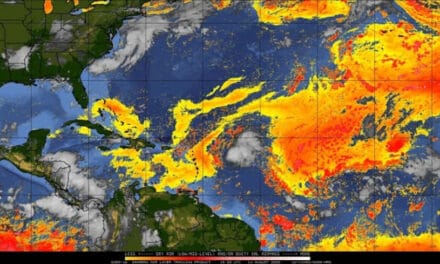 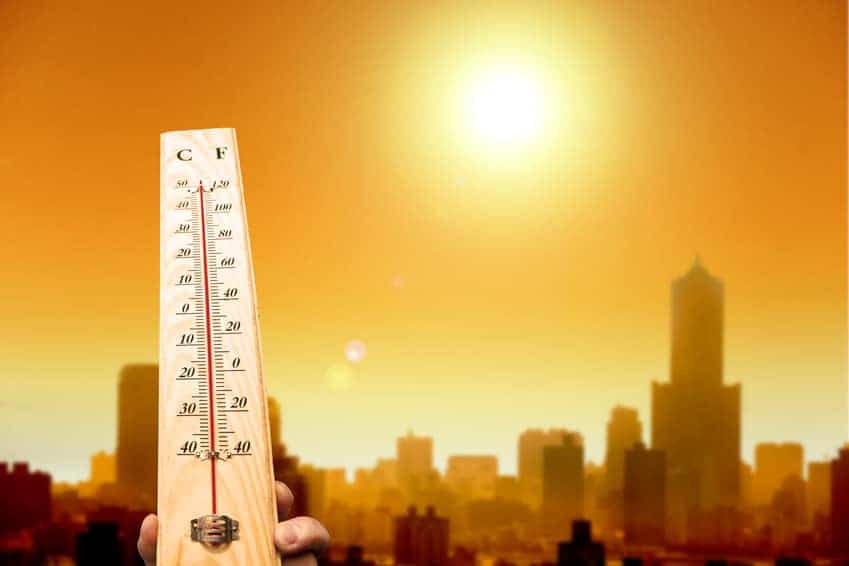