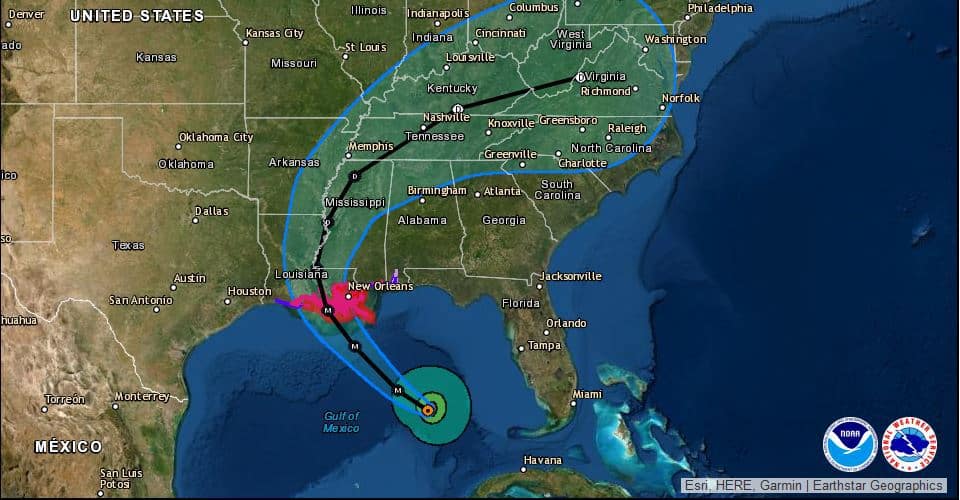 Projected Path of Hurricane Ida Across Cuba and the Gulf of Mexico to Louisiana. Ida should strengthen to at least a Category 3  or Category 4 Hurricane before landfall on Sunday. NOAA NHC Graphic 28-August-2021

Update: August 28, 11:00 AM CDT: Hurricane Ida has moved over the Gulf of Mexico and continues to strengthen. NOAA and Air Force Hurricane Hunter aircraft found that Ida’s wind field has expanded. With an improvement in the inner core and current conditions, the National Hurricane Center expects Hurricane Ida to rapidly intensify over the next 12 to 24 hours. With this update, NHC still expects the storm to reach Category 4 before landfall.

Hurricane Ida is poised to become a dangerous, life-threatening storm and threatens the city of New Orleans and the surrounding area. Some parishes have issued mandatory or voluntary evacuation orders.

Evacuation: Anyone under mandatory evacuation orders should leave before Sunday morning. Dangerous, life-threatening storm surge of 10-15 feet from Morgan City, Louisiana to the Mississippi border may overtop levees outside the storm reduction system.

Hurricane Warning: A hurricane warning is in effect from Vermillion Bay to the Mississippi border. Category 4 winds of 130-140 MPH with gusts exceeding 165 MPH. Tropical Storm Warnings in effect from Cameron to Vermillion Bay and from the Mississippi border through Alabama to the Florida border. Expect Catastrophic damage from Category 3 and Category 4 Winds throughout the warning area.

Flooding: There is a risk of flooding from storm surge and heavy rain. Flash floods, stream and river flooding, and urban flooding are all likely.

Hurricane Ida evolved from Tropical Depression Nine today. This morning, Nine was upgraded to a Tropical Storm. This afternoon, National Hurricane Center Director Ken Graham announced during his update on Facebook that Ida had become a hurricane.

Ida will cross western Cuba tonight as a Hurricane and strengthen over the Gulf of Mexico tomorrow as it heads for the Gulf Coast. Although the exact landfall location remains uncertain, Ida will probably hit the coast of Louisiana as a category 4 Major Hurricane with sustained winds of 140 MPH and a Storm Surge of at least 4-6 feet and as high as 15 feet.

Storm Surge and Inland Flooding cause the most damage and take the most lives. Last year’s record hurricane season saw 5 named storms strike Louisiana by the end of October.

Graham said that as Ida nears the coast, it could intensify beyond category 3 and become a stronger hurricane. He didn’t specifically state category 4, but that is the next level on the Saffir-Simpson Hurricane Scale. Within an hour, the NHC updated the forecast to category 4.

Here are the 10 AM CDT Saturday Key Messages for Hurricane #Ida. Follow the latest at https://t.co/tW4KeFW0gB pic.twitter.com/D70afJvLQm

The “cone” associated with hurricane forecasts only indicates “Where” the storm might make landfall. It does not indicate the size of the storm. Storm conditions may occur outside the cone, especially with a large storm. According to the National Hurricane Center

📢 DEADLINE REMINDER: If your property was damaged by #Ida, you have 1⃣ week to apply for disaster assistance.

The deadline to request @FEMA Individual Assistance is November 10, 2021.

was a large, Category 5 storm responsible for 1800 deaths and 125 billion in damage. The storm made landfall on August 29, 2005 with peak winds of 175 MPH. Hurricane Force Winds extended outward 120 miles from the center. The National Weather Service predicted ahead of landfall that New Orleans would be uninhabitable for weeks. NHC Director Max Mayfield believed the storm surge would push over the city’s flood walls and levees.

The city was flooded. Homeland Security Secretary Michael Chertoff said it was “Probably the worst catastrophe or series of catrastrophes,” in the country’s history.

The Louisiana Department of Health named Katrina as directly responsible for 1,170 fatalities.

The name “Katrina” was retired from the list of named storms in memory of the New Orleans disaster. 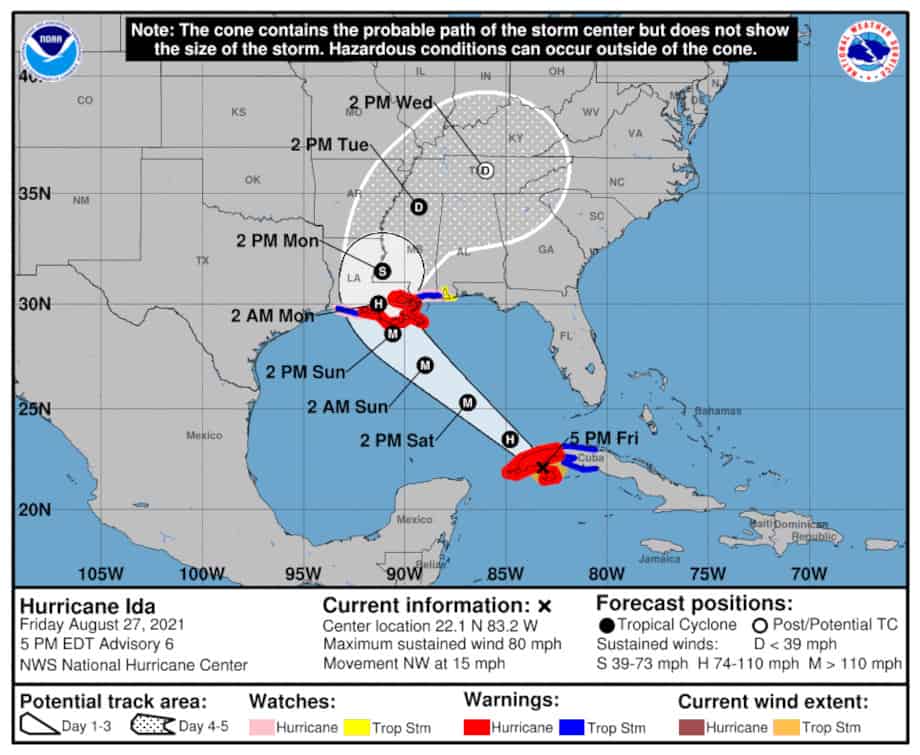 The current storm track for hurricane Ida. Ida will cross cuba tonight, then strengthen to a category 3 storm tomorrow. Further strengthening is possible as it nears the Gulf Coast. NHC Forecast Graphic for Hurricane Ida August 27. 2021

Ida is slowly intensifying as it nears Cuba. After it emerges over the Gulf, forecasters at the NHC and other organizations expect further and more rapid intensification. A 15-foot storm surge will cause significant damage to buildings and people as the storm moves water onto the shore. Storm Surge is a rapid rise of water levels as the hurricane pushes water ahead of landfall.

Heavy rain with the storm surge will cause flash flooding and flooding of water ways, including Lake Pontchartrain, and the Mississippi Delta.

Finalize preparations over the next 24 hours before Saturday evening. Tropical Storm force conditions could arrive before Sunday morning.

Hurricane Warnings are in effect from Vermillion Bay to the Mississippi border.

Hurricane Watches are in effect for the Alabama border and from Vermillion Bay to Cameron, Louisiana.

Storm Surge warnings are in effect for the entire watch and warning area.

Ida is on its way to becoming a monster hurricane. pic.twitter.com/etnXEFOG6E

4PM CT Ida Update - The time to act is NOW. Hurricane Ida is now forecast to make landfall as a category 4 hurricane. This will bring SIGNIFICANT impacts to Southern Louisiana and Southern Mississippi. No major changes to the track at this time, moved just a touch to the east. pic.twitter.com/MRIiBaHTFt

Know Your Risks and Make Your Hurricane Plan 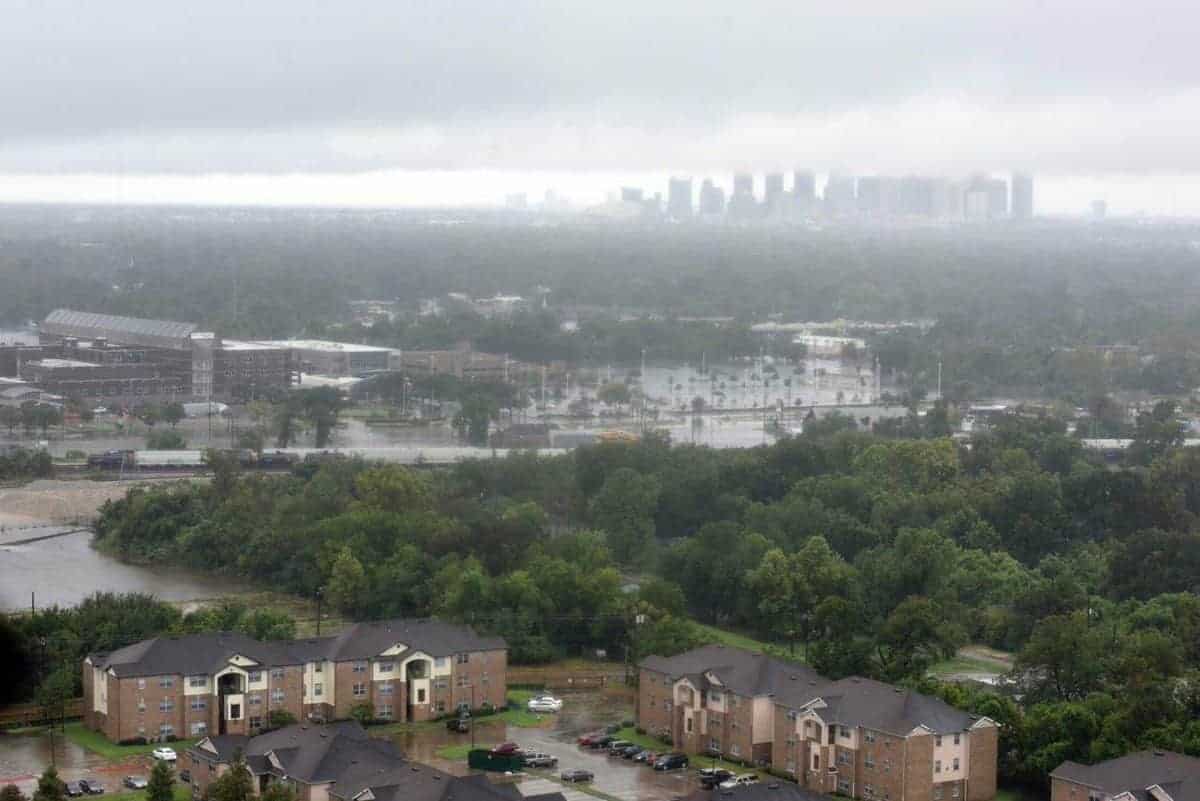 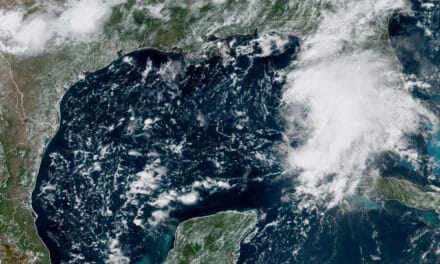